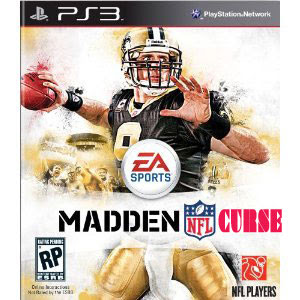 What started as a simple joke may now become a motion picture.

Electronic Arts is developing "Madden Curse," a sports comedy that incorporates the infamous jinx, believed to strike NFL players who appear on the cover of EA's popular "Madden" video game with injury or poor performance.

The story will follow a former Madden video game champion who is forced out of retirement just as he finds himself on the corner of the game's cover -- and subject to the curse.

The Wrap
Posted by GhettoFob at 3:01 PM