Make a Starbucks Frappuccino for $0.32 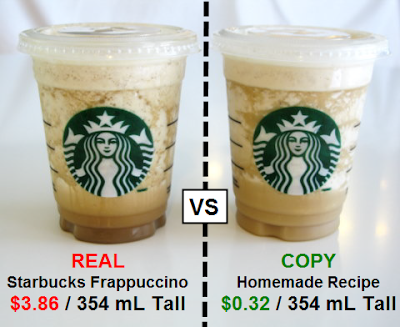 Squawkfox
Posted by GhettoFob at 11:16 PM No comments:

Email ThisBlogThis!Share to TwitterShare to FacebookShare to Pinterest
Labels: food

A California woman has been arrested over accusations she drugged her estranged husband, cut off his penis and ground it up in a garbage disposal before alerting police, authorities said on Tuesday.

Catherine Kieu Becker, 48, was taken into custody on Monday night after telling officers who found her husband tied to the bed and bleeding from his groin that he had "deserved it", Garden Grove Police Lt. Jeff Nightengale said in a written statement.

Becker is accused of drugging her husband's food to make him sleepy, slicing off his penis with a knife, tossing it into the garbage disposal and turning the unit on, Nightengale said. She then called 911, he added

Reuters
Posted by GhettoFob at 11:14 PM No comments: